The current ice cream social media game is flooded with photos of cones topped with cotton candy, swirled with a spectrum of colors, or utilizing some other kaleidoscopic visuals. However, there’s a SoCal chain called Honeymee that’s making their ice cream visually pop without the need for as much color, and it’s thanks to a special ingredient: organic raw honeycomb. 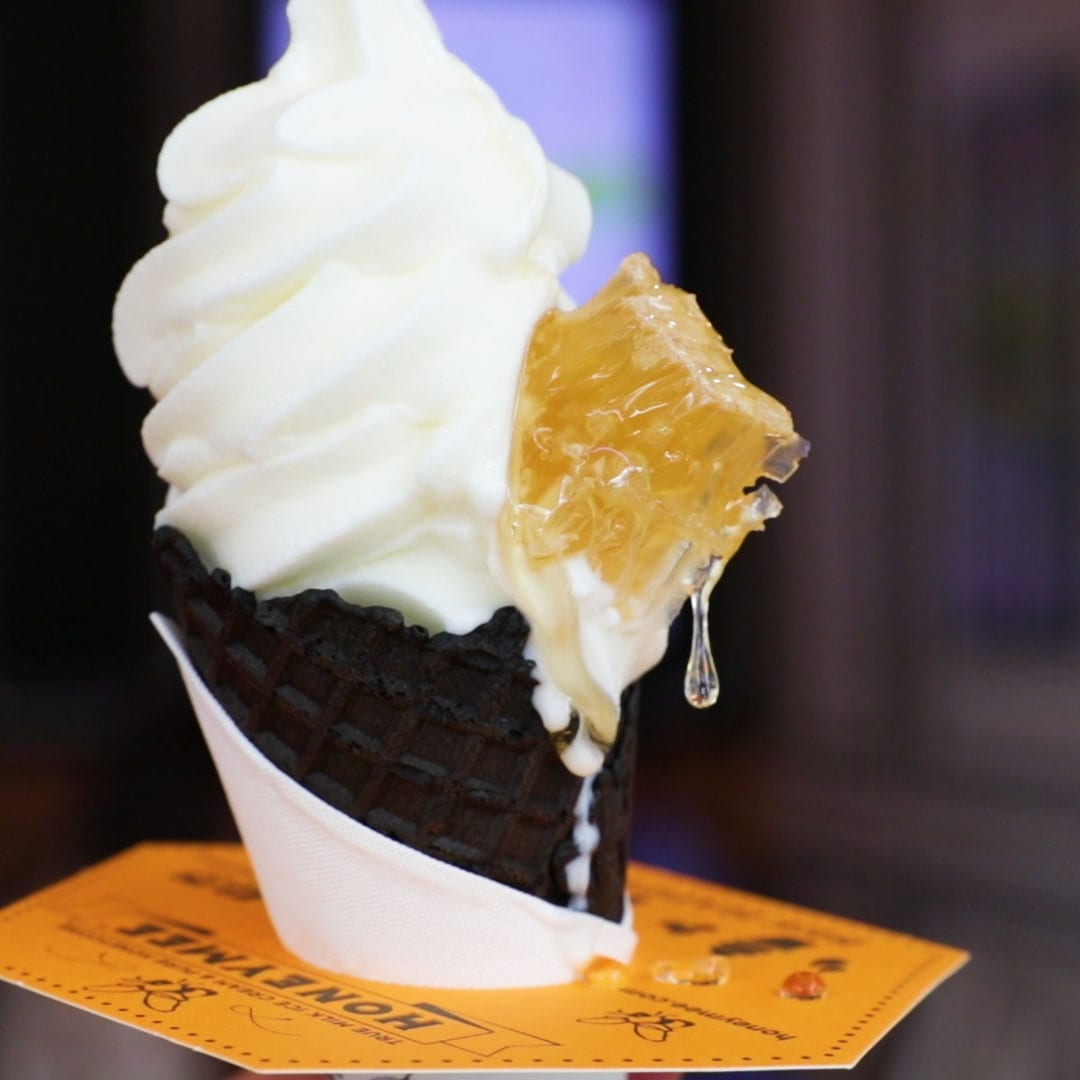 Honeycomb’s naturally perfect geometry and bright yellow hue make it contrast gorgeously with bright white ice cream. At Honeymee, you can find the honeycomb served as a unique and tasty garnish on a handful of their signature desserts, like colored waffle cones filled with ice cream or the “Honeymee,” a cup of true milk ice cream topped with a honey drizzle and a square of honeycomb.

For those who’ve never tried it before, honeycomb has more body and depth compared to just honey on its own because of its unique texture. This is where the honey is normally stored in in beehives, so it gets a concentration of the floral notes from all of the nectar gathered as well. 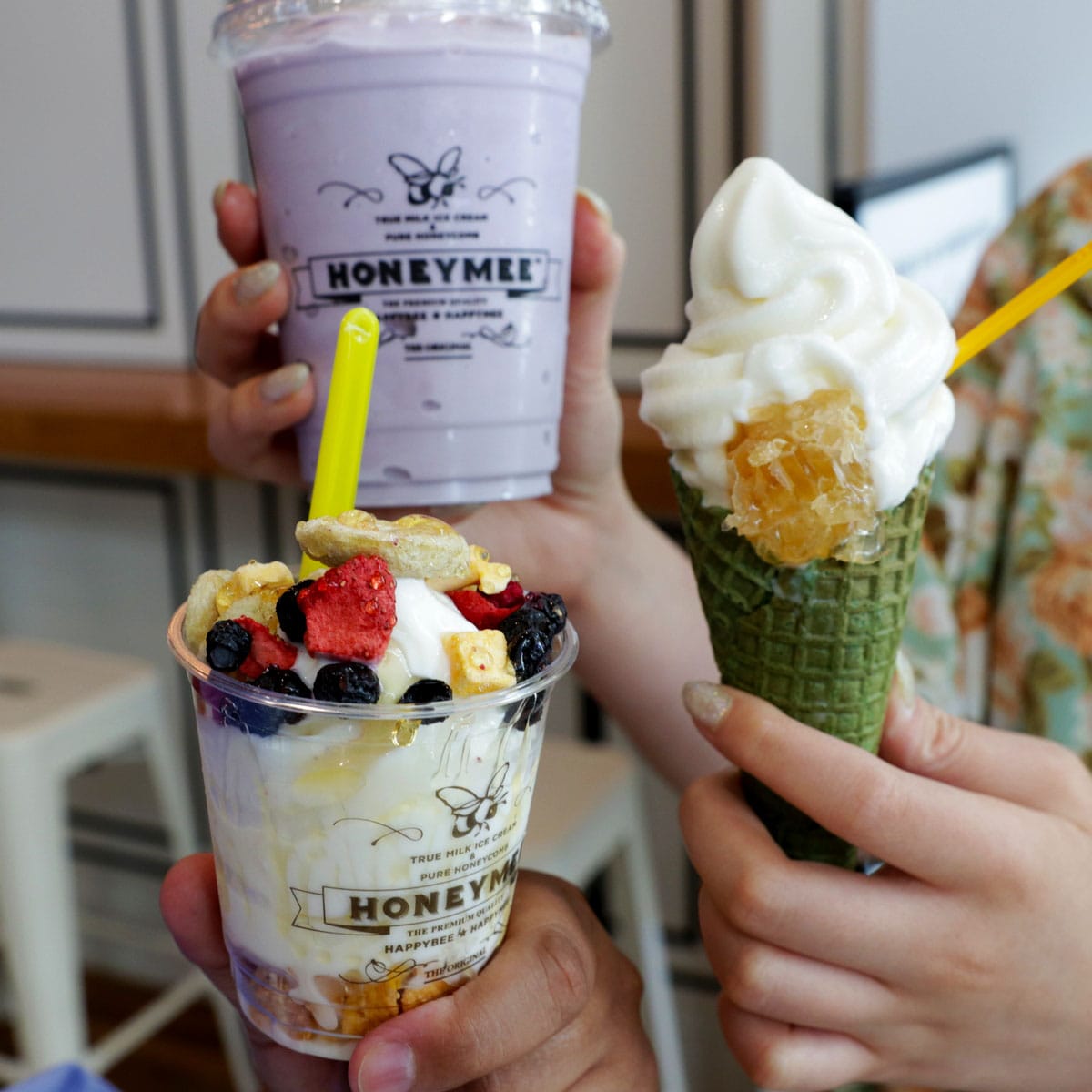 Honeymee’s simplistic but flavorsome menu has paid off. Even though they may not have the bright colors of some local ice cream rivals, the chain’s approach has made them explode in the past four years.

It’s not just about the honeycomb, which proves that you can make a visually stunning dessert without needing to use the entire rainbow. The rest of the menu has a focus on simple, pure ingredients that deliver big on flavor while retaining a perceptible charm. From the “true milk ice cream” to the drizzles of real honey and fresh-baked waffles, Honeymee’s approach is all about simplicity at its best, and it shows.

You can get the fragrant, sweet honeycomb at all of Honeymee’s locations, including the one at the Del Amo Fashion Center.